Dhaka Topi, pride Nepalese men carry on their heads, is a significant part of our national male attire – Daura Suruwal. This topi represents as a symbol of our nationality. It has different varieties with specific names. 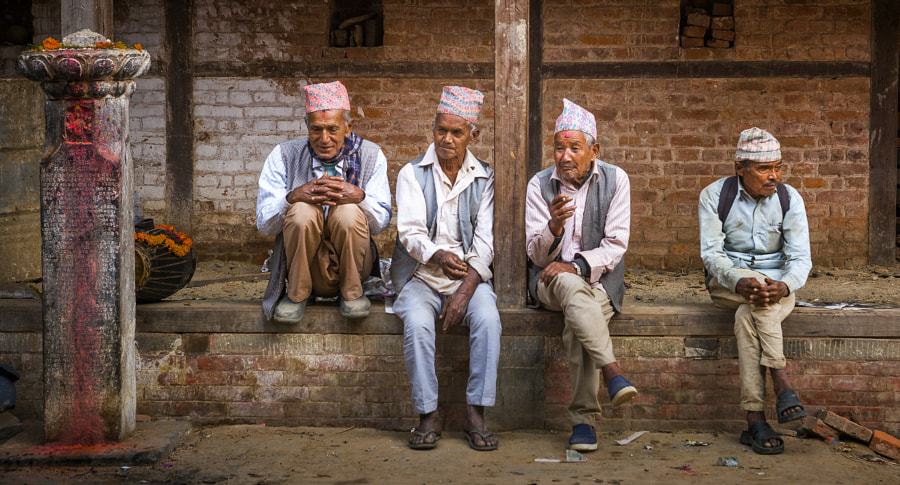 Making Dhaka cloth is passed down for many generations. In the beginning days, before Ranas, the Kiratis were known as silk farmers. Etymologically some sources show that the name Kirat itself is a hybrid form of the word Kereta: the silkworm. Hence, the talent of creating fabric from nature is a cultural heirloom of these Nepalese communities.

And the Dhaka is an outstanding outcome of this very heirloom – no two Dhaka patterns are ever the same. The variety of colorful geometric patterns of the Dhaka are completely an individual and creative work of the weavers. 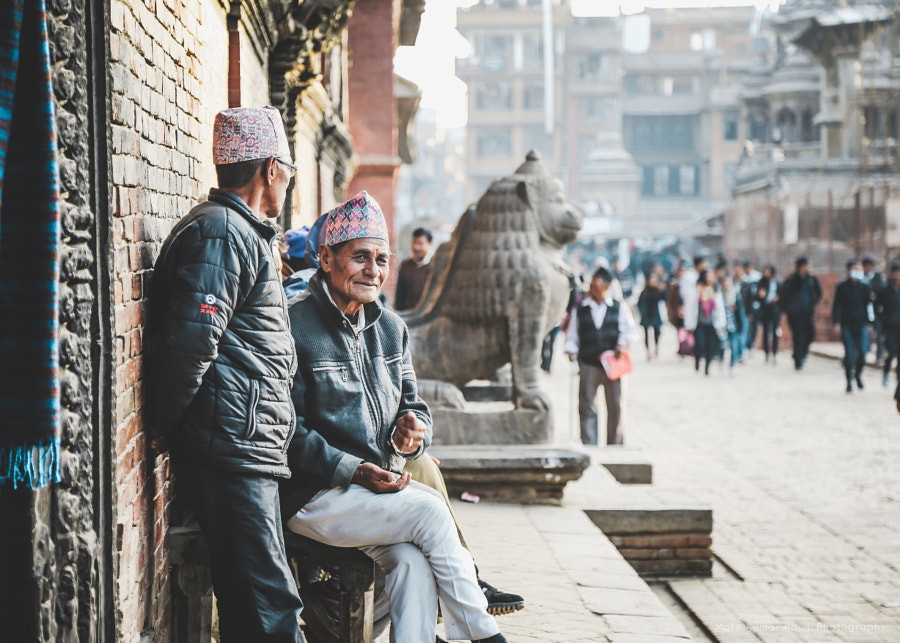 Government officials wear it as a part of the national dress. In that time, Dhaka topis were accessible in rental service near the Singha Durbar (Lion Hall) in our capital. The badge of khukuri cross is worn on the cap by officials in Kathmandu or when a Nepalese visit the Palace but not the common Nepali.

Dhaka Fabric and its origin

This flat Nepali cap is made of various patterned cotton fabric. The fabric originally was imported from Dhaka (Capital of Bangladesh). Hence, it was named Dhaka Topi. It is the hand-spun cotton weaving which makes beautiful, colorful patterns for Dhaka topis. It is the most distinct and popular cotton textile in Nepal.

This pre-dyed cotton is brought from India and woven by craftsmen into complex designs using few colors. Dhaka topis are found in multicolor which includes red, green, white, blue, brown, etc. They are also decorated with golden thread to let it shine and glitter.

Round at the base with 3 to 4 inches height, it is a symbol of the mountain after ice melts. It is linked with the greenery and vegetation that comes after the melted ice flow as rivers. 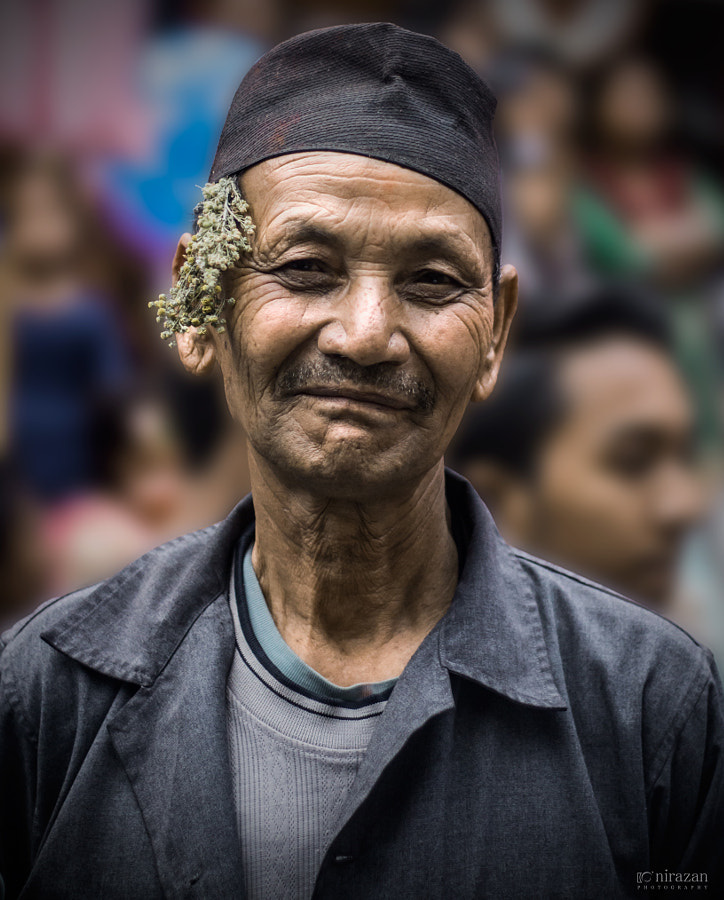 Before Dhaka topi, we have a black cap. It is known as Bhadgaunle Topi. Its name is derived from the place Bhadgaun, currently known as Bhaktapur. The Newars of Bhaktapur are in majority to put on this Topi as their culture. It is mandatory for the officials in the institutions like the army, the police, and the scouts.

Later, colorful Dhaka topi was in more of people’s interest. People fancy wearing in programs, events, etc. For the official photographs, it is compulsory to put on Dhaka Topi or Bhadgaunle Topi. Most of the ethnicity of our country naming Brahmins, Chhetris as few wear it generally.

Bhadgaunle Topi – Fabric and its Origin

Bhadgaunle Topi is a complete black cap with particular textured fabric. Whereas Dhaka Topi has wonderful designs with multicolor threads. It comes in various beautiful patterns. Men look astounding when they carry this with fresh and crisp Daura Suruwal.

Official men pin a badge of khukuri (our national weapon) or the flag (our national emblem) which distinctly shine on their heads. 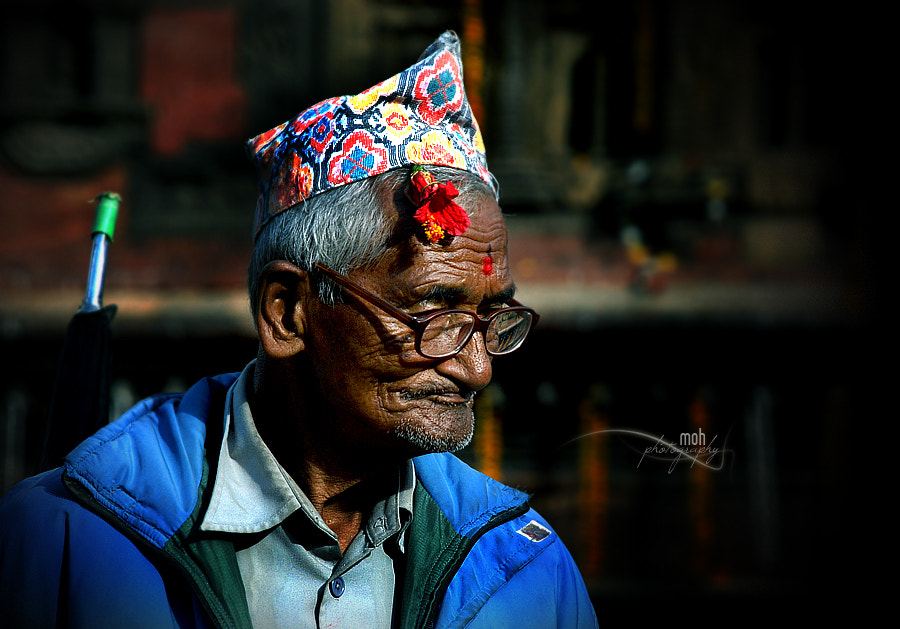 Our elder generations (Newars) tuck a small fresh flower behind one of their ears which typically reveals our culture. The flower between the topi and the ear looks perfect on their smiling faces.

Palpali Topi and its Manufacture Process

Nepalese fashion at present is a vast mixture of international fabrics and clothing. But before that Dhaka was an exquisite fabric produced. Dhaka is woven in the loom. Limbu and Rai women of Palpa and Tehrathum used to sit on the floor and yarned the local cotton using ‘Charkha’ (wheel). They then dyed and dried the yarn under the sun. Finally, they spun the yarns using the handlooms.

In Palpa, this trended since Magarat era. In those days every house had this trend of weaving Dhaka. At present, it is rare to find such woven pieces. The machine loom is made from Salla tree (pine tree) which is known as ‘Tangsing’ in the Magar language. This tree is plenty in number in Palpa district. Hence, its headquarter is named Tangsing in Magar, at present -Tansen.

Almost four decades ago this home-woven Dhaka fabric was very popular. We could see the weaving machine almost in every house where women weave beautiful patterns. Around 1985B.S. it started with some advances in the machine.

Palpali topi is also known as Purbeli Topi. It is made with nettle fabric extracted from nettle plants. Nettle fabric is very good for the body. It not only soothes the body but also cures some skin diseases. It is very environment-friendly.

There are other products like a shirt, shawl, outer, trousers, purse, side bags, etc. made up of nettle fabric. People have started seeking home productions.

We have many rituals and occasions in Kathmandu Valley. It comprises of three main cities -Kathmandu, Lalitpur, and Bhaktapur. Each city is full of different cultures and occasions. This makes Nepal rich in festivals.

Specially, we see many colorful Dhaka topis in Jatras (Festival) on each man’s head. Dhaka topi with an Istacoat (Waistcoat) seems amazing on those dancing souls during Jatras. 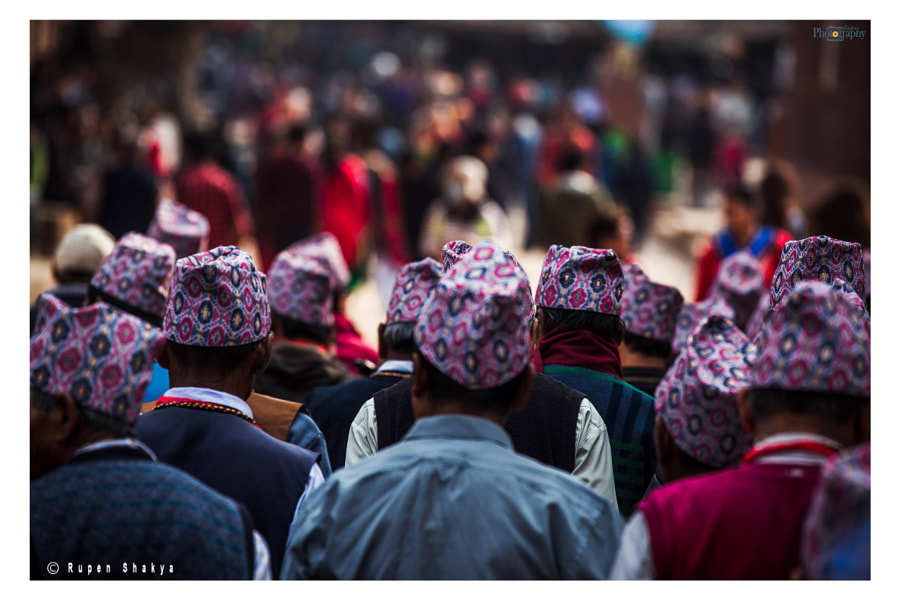 Gaijatra, Indrajatra, Machchhindranath Jatra, and many more of the road festivals carry aesthetic beauty and significance of our culture.

Dhaka Topi carries the essence of unifying mountains, hills, and plains of Nepal. Besides festivals, men in the villages and other districts outside valley hold the culture of wearing Dhaka topi as their daily attire. Office bearers wear as their uniform while others put on a regular basis.

Dhaka topi in abroad is as popular as in Nepal. Nepalese living abroad admires and respects it even more. Nowadays we see Nepalese in a foreign land having the trend of putting on our national headgear in every event they celebrate there. Not only men but women and girls also put on happily, nevertheless, it is in a whim, it is nation-love.

This topi price varies according to the design and effort put on. You can find ranges of US$ 2.2 – US$ 20.

Dhaka topi sizes vary according to individual. You measure your forehead circumference for exact measurement. Generally, you will find the sizes in centimeter or inches. Some even have the measurement in international standard with sizes tallying with S, L, XL, XS, etc.

Apart from Dhaka Topi you also get various accessories made of it. Dhaka Ko Cholo (Blouse made of Dhaka fabric) is famous for ladies for some cultural events or some rituals. Senior ladies of the house or whole community put on this blouse as they perform the custom.

Carrying these products reflects the passion for one’s own country’s production. It is a very important step and encouragement for the people who run these factories producing ample varieties of Dhaka products for the present generation. Any of these variations of Dhaka Topi are sold online as well as in various local stores. If you wish to buy one do not forget to further look for other beautiful products made of this beautiful fabric Dhaka.

Do contact us if you need any of them, we will deliver the product in your door step.

Plan Your Trip to Nepal

Customize your trip with help from a local travel specialist.